Paul – Why Bother? A Jewish Perspective 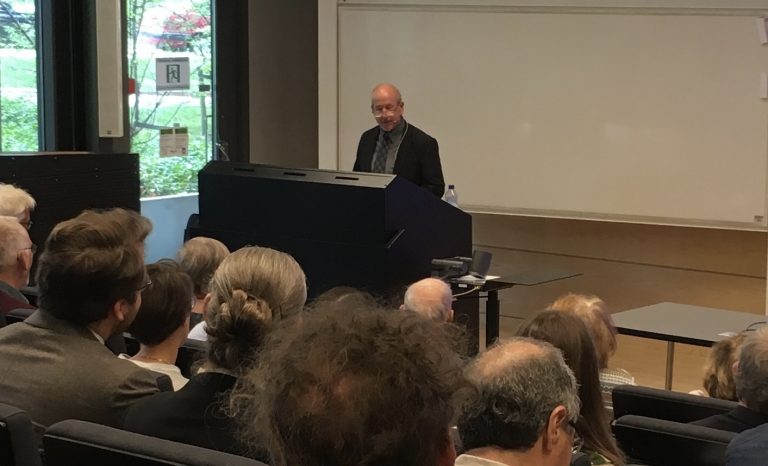 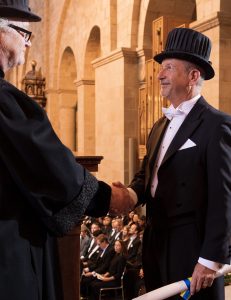 “Paul – Why Bother?: A Jewish Perspective,” has been published by Svensk Teologisk Kvartalskrift (STK), also known as Scandinavian Theological Quarterly 95, no. 4 (2019): 271–87. This is an essay version of my Honorary Doctorate lecture at Lund University in May, 2019. The online version in the journal is available HERE. They permit distribution of the pfd, which you can download HERE. I would value your comments here or by email through the contact tab.

The lecture/essay traces some of the stages of my interest in the apostle Paul, including my change of viewpoint on Paul’s language in Romans 11:26, usually translated “all Israel will be saved.” The irony is that this was a translation that initially attracted me (and many others, perhaps you) to the idea that Paul might be able to be read in a way more promising for how Christians might think and talk about Paul with respect to Jews and Judaism, and thus that Jews might appeal to this in Christian-Jewish relations terms. That led me to conceptualize and write what became my first study of Paul, The Mystery of Romans, published by Fortress Press in 1996, winner of the National Jewish Book Award for Christian-Jewish relations that year.

To begin to question that translation in 2015 was thus more than a little disconcerting. Yet following my re-evaluations of Paul’s arguments in Romans 9–11 over the years, not least discovering that Paul probably meant to indicate branches bent rather than broken off, led me to recognize a premise at work in the traditional view that ran against the grain of Paul’s logic. Those essays are available in Reading Romans within Judaism: The Collected Essays of Mark D. Nanos, Vol. 2 (Cascade, 2018). I had always worked from the premise that Paul understood his fellow Jews to have remained Israel, that is, to still be identified covenantally as Israel ( I have explained why Rom 9:6 does not indicate otherwise in one of the essays in Reading Romans within Judaism). But I had failed to recognized how accepting the traditional translation, and thus the soteriological premise of covenant removal from which it worked, undermined the continued covenantal identity premise, and, therefore, the rest of my reading of Paul’s arguments in this chapter.

I now understand Paul to indicate instead a profoundly different point: that “all Israel will be kept safe.”

A few of the logical, lexical, and exegetical reasons for changing my viewpoint are introduced in this lecture/essay. I believe it offers a much more promising way forward for the same reasons I was originally attracted to this phrase and the arguments throughout this chapter in Romans, but without some of the evangelical salvation paradigm’s premises that are embedded in the prevailing translations and interpretations.

A fuller version of this research, which I presented in September, 2019, in a conference in Bratislava, Slovakia, will be available in the conference volume, to be published later in 2020 by Fortress/Lexington Press. The working book title is, “Israel and Nations: Paul’s Gospel in the Context of Jewish Expectation.” My essay’s working title is, “All Israel Will Be Saved” or “Kept Safe”? (Rom 11:26): Israel’s Conversion or Irrevocable Calling to Gospel the Nations?” I look forward to announcing availability when published.