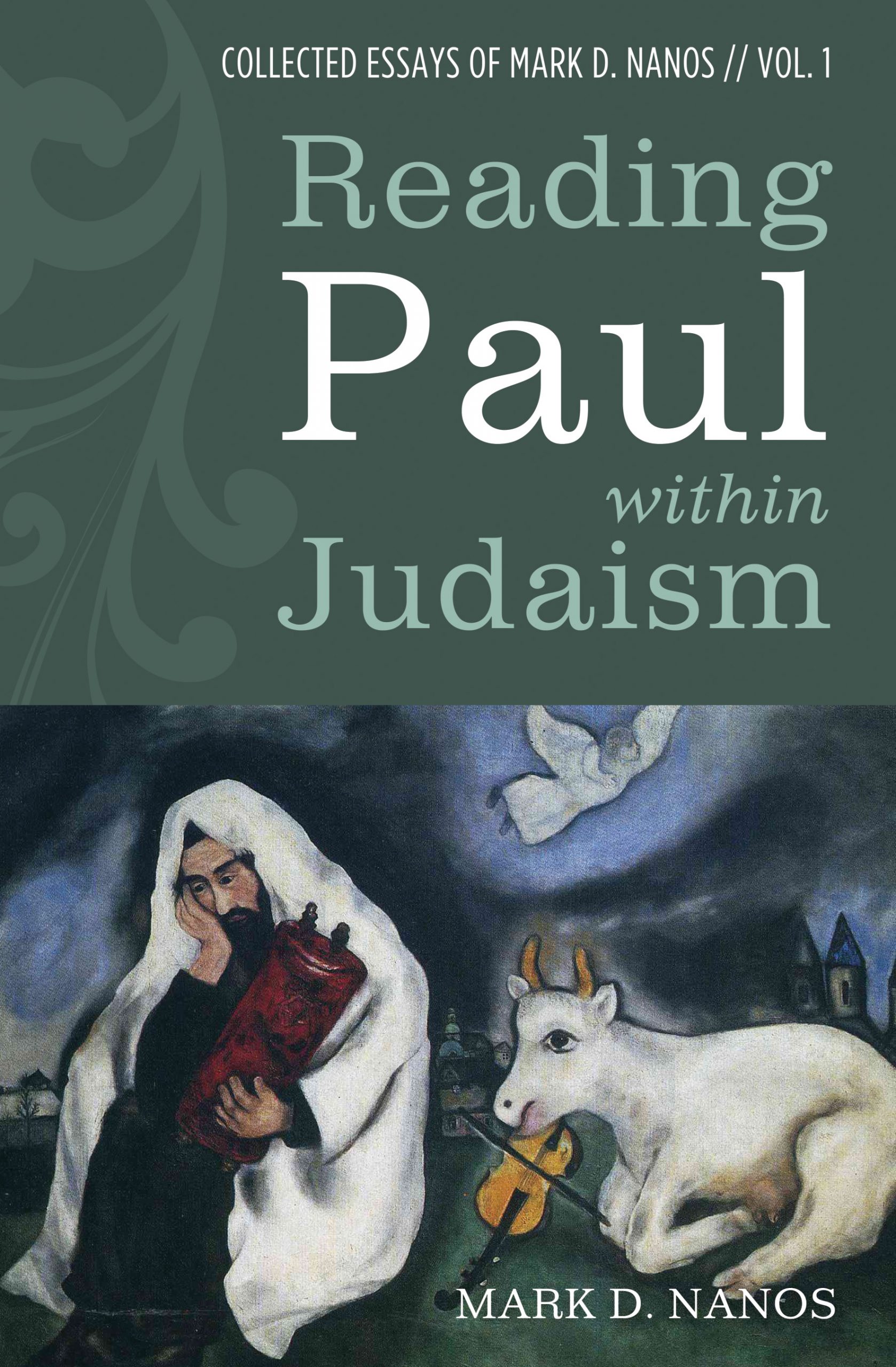 Endorsements from the back cover:

“For over twenty years, Mark Nanos has been working on situating Paul and his thought within early Judaism. This volume brings together Nanos’s innovative arguments that Paul was not an apostate Jew, but a Second Temple Jew who sought to be faithful to the Jewish law and Israel’s God as he pursued a mission to gentiles. This is a must read for anyone looking to break out of traditional readings of Paul!”

“Mark Nanos has pioneered the historical reconstruction of Paul as native to his own time and place—a Paul, in brief, who stands entirely within the traditional hopes, beliefs, and practices of his own people, Israel. This exciting book conveys to the reader the thrill of a refreshed portrait, free of the later overlays of Luther, of Augustine, and of post-70 CE interpretations. If you want to meet Paul again for the first time, pick up Nanos’ Reading Paul Within Judaism.”

Part I: A New Approach to the Apostle: Paul as a Torah-observant Jew

Part II: Exploring the Implications for Exegesis and Christian-Jewish Relations

4 Paul and the Jewish Tradition: The Ideology of the Shema | 108

Part III: A Jewish Contribution to Pope Benedict XVI’s Celebration of the Year of St. Paul

By Rebecca I. Denova, as an essay entitled, “The Continuing Problem of Rescuing Paul the Jew,” in Reviews of the Enoch Seminar May 6, 2019. [or Enoch Seminar website]

By Brian J. Robinson, in Review of Biblical Literature, Feb., 2020.